Microbes including viruses, bacteria, archea, fungi and protozoa live everywhere from boiling hot springs to frozen snowfields. They can be found in soil, on rocks, inside roots, buried under miles of earth, in toxic waste, and all over the Earth’s surface, including all surfaces inside and outside the human body.

We don’t really know what makes a healthy microbiome. While some bacteria are obviously good or bad, diversity and balance between species maybe more important for health. Phage are the most common and diverse things on earth and are more numerous than all other lifeforms combined, yet most are uncharacterised.

Microbes are like little messengers spreading genetic information across all living things. ‘Horizontal’ gene transfer occurs between viruses, archea, bacteria, fungi, protozoa and human cells through transformation, transduction and conjugation, Microbes ride on air and water currents and distribute genetic information around the world and throughout our living environments.       l.

As soon as water becomes liquid, life wants to inhabit it and on average, there are 50 million viruses per milliliter of seawater. Airborne spores germinate within 48 hours of finding liquid water and fungi then decompose any organic material providing fuel for an ecosystem of bacteria and other organisms.

We all have a unique microbial ecosystem based on our birth method and breastfeeding status, age, location, lifestyle, chemical exposure, antibiotic use and living conditions. Our gut microbes influence our food cravings, weight, mood and overall health and more than 90% of diseases can be linked to our gut microbiome.

Microbes mainly inhabit your skin and gut and help keep us healthy. Your microbes produce short chain fatty acids, harvest energy from food, improve gut motility and function, reinforce the skin and gut barrier, protect against pathogens, regulate inflammation, and produce vitamins, hormones and other metabolites important for your health.

Living or bathing with other people or animals leads to rapid sharing of bacteria, viruses and microbial genetic material. We are all part of a microbial ecosystem linked to the soil, which is the most extensive microbial gene reservoir on earth. Shared microbes lead to health or disease becoming contagious.

9 Microbes are under attack

Microbes are constantly in battle. Mould and bacteria battle for territory using biotoxins that are also toxic to humans and half of all bacteria on earth are killed every second day by phage. Our microbiomes are also under constant attack from industries that produce chlorine, disinfectants, antiseptics, pesticides and antibiotics.

Microbes can be harnessed to ferment food and produce yoghurt, kimchi, sauerkraut and pickles. Symbiotic Colonies of Bacteria and Yeast (SCOBYs) can be used to produce kombucha, kefir or jun. Harnessing the marvels of microbes promises new forms of ecological medicine and pharmabiotics that can infect us with good health. 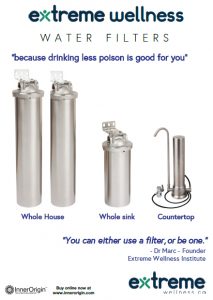 The 10 Hacks to Relax

No one is extremely well
unless all are well

We are all in this together
Receive updates on retreats, products and courses.